If you're a resident in Bangalore, you know it’s a good place to be. And if you’re vegan, you have access to some of the best South Indian food ( so many dishes are vegan by default—think crispy vadas and flavourful masala dosas), a blooming vegan community, and vegan food popping up left and right.

There’s no doubt that both non-vegetarians and plant-based eaters of every kind can enjoy the incredible variety of food alike!

Here's a list of some of our FAVOURITE vegan restaurants, as well as some of the best vegan options around town!

The BEST vegan restaurants in Bengaluru

Located on Cunningham Road, this all-vegan restaurant offers a wide range of dishes to try, and we're not kidding.

So if you're looking to try a new restaurant with great food and a beautiful ambience, go check it out this weekend! 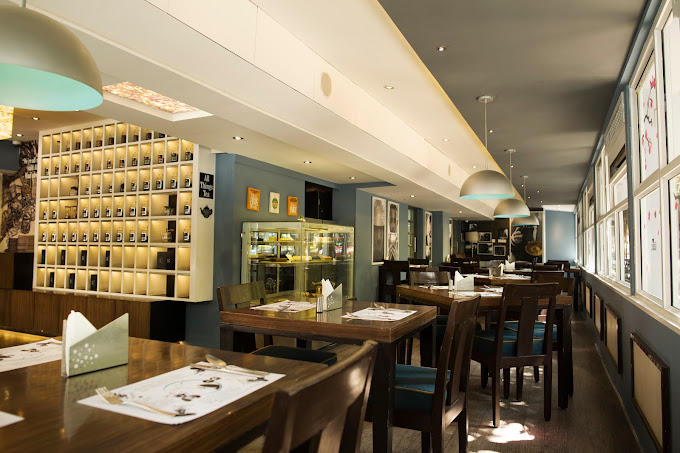 Image by Vegan Kitchen by Infinitea.

JustBe is one of the most well-known vegan restaurants in Bangalore, and for good reason!

They specialise in oil-free, refined flour-free, healthy, whole-foods plant-based foods that you won't believe are vegan and good for you. 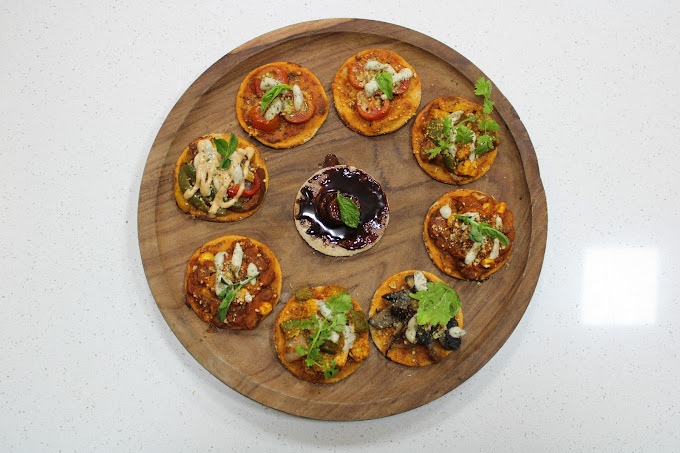 This quaint restaurant in Indiranagar boasts a menu unique enough that anyone can find something they'll fall in love with.

Whether you're new to the world of plant-based cuisine or feeling adventurous enough for anything—the fun is just beginning at Vegan Vogue! It’s the perfect place for a special meal or birthday dinner.

A vegan global fast food chain has arrived in India!

With locations all around Bangalore and plans to expand across the country, this has quickly become a favourite for many urban-dwellers, vegetarians, and vegans.

It gets even better, because this fully vegan restaurant is quite affordable. Don't be afraid to try more than two items, seriously!

The Best Restaurants With Vegan Options

Chinita is the only place in Bangalore that serves authentic Mexican cuisine. Yes, there's Taco Bell, but that's tex-mex.

Not only is it affordable, you can enjoy flipping through an entirely vegan menu that features vegan churros, vegan cheese, vegan soyrizo, vegan tacos, vegan enchiladas, vegan burritos, and even vegan sandwiches like a mushroom philly cheesesteak sandwich!

So if you're looking for something different than your usual Indian fare, this is the spot you and ALL of your friends will want to pile into!

If you’re a seasoned vegan in Bangalore, then you probably guessed this restaurant would be on our list. Obviously!

It's a completely vegetarian falafel chain that is very vegan-friendly, which makes us super happy. But since we're talking about food, any Go Native location you find will always feature the most beautiful atmosphere.

The food is organic, healthy, fresh, and the menu constantly changes! Head to their site to find a location and menu near you! 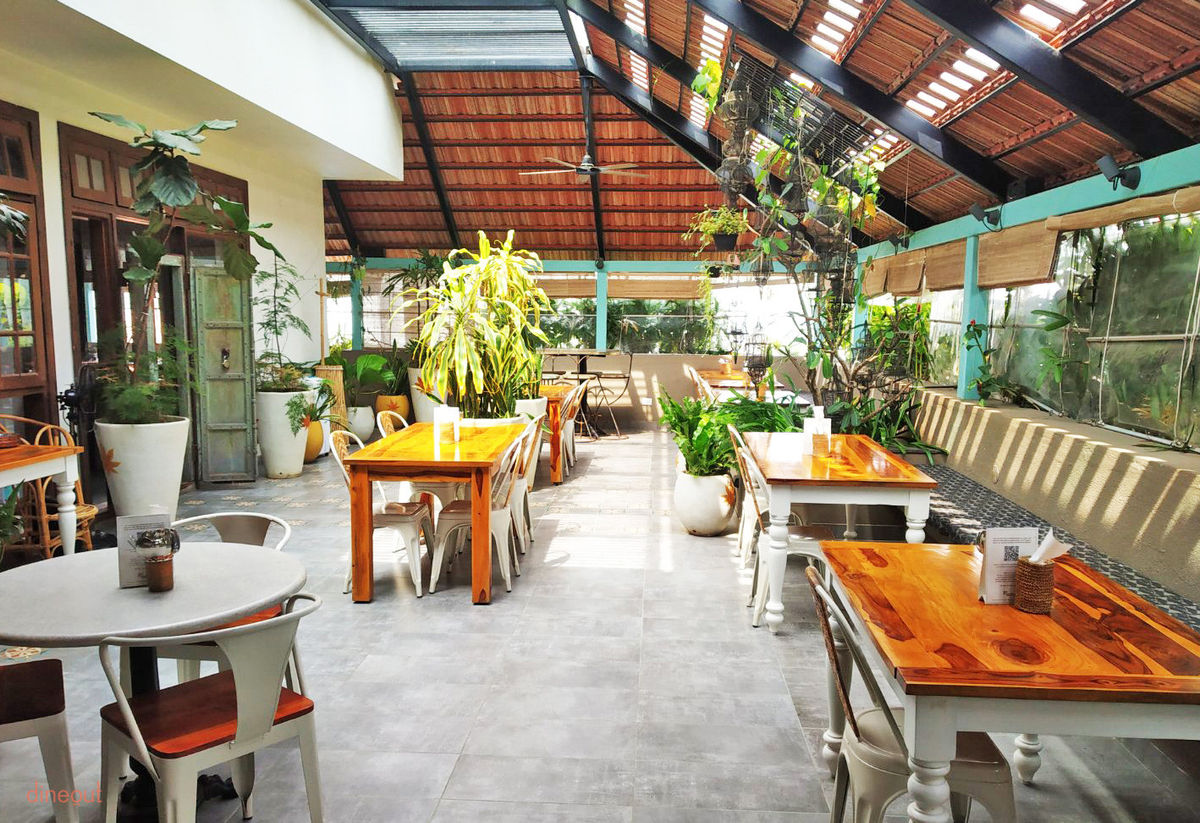 Burma Burma is a contemporary vegetarian restaurant in Delhi that serves delicious Burmese cuisine at an exceptional quality.

They have a variety of vegan dishes that are made with fresh, hand-picked ingredients and herbs. You can get lost in their extensive menu or order their signature dish--the OH NO KHOWSUEY curry. 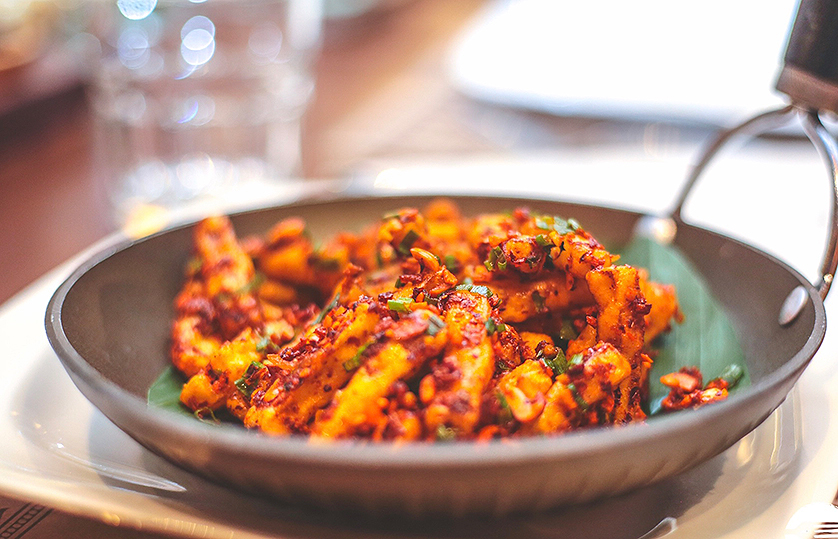 Green Theory is a vegetarian cafe which serves global cuisine. Vegans and Jains in particular can come to Green Theory and be spoiled with a wide variety of options, in a particularly relaxing environment.

All their items are marked with a V, which means that it can be prepared vegan. Easy, peasy!

Are you on a quest for the best vegan burger or hot dog in Bangalore, with chips and soda to wash it all down?

Although this isn’t a vegetarian restaurant, the owners have put a lot of effort into creating arguably the most delicious vegan options. From scratch.

They regularly post about their vegan offerings on their socials, mark the veg options on their menu, and have even appeared at Namu's Vegan Market!

Here's what to devour: the PB&J sandwich, the veganosaurus, the Mr. Bean, and the proselytiser, which is made with Blue Tribe Foods "Better than Meat" vegan mince!

Let's return the love with increased demand for these dishes!

What’s your favourite vegan spot in Bangalore? Comment below!

Hi, Your blog is worth appreciating, it had a lot of useful information.!
Saabjeewala is the best alternative for you if you want to buy fresh fruits and vegetables online. Sabjeewaala offers Fresh To Home – Meat, Fruit, and Vegetable Delivery – Apps on Google Play. You may order the specific farm-fresh fruits and vegetables you want via Sabjeewaala’s own app on Google Play. Through their online application, Sabjeewaala provides meat, fruit, and vegetable delivery services
Sabjeewaala.com has the freshest produce, raw meat, and most inexpensive prices.
For more information visit our website :https://sabjeewaala.com/blogDetail/fresh-to-home-meat-fruit-and-vegetable-delivery-apps-on-google-play

We’ve added your changes. Thank you so much for looking through our post and giving us your feedback!

Another one to the list. Hungryalien_in’s vegan kitchen too for food delivery service.

Missed one more of my fav in food delivery- HotPotVegan’s mock meat based fully Traditional menu from Yelahanka.

There’s several more which I have come across over the time, unable to recall everything.

Did we miss Cafe Terra and Terra Bytes? They serve vegan food.

Terrabites has an exclusive Vegan Menu too. Great ambience and awesome food
Cafe Terra has lots of comics too! I think they may be there at Terra Bites but I haven’t paid attention